Dr Jennifer Marie B. Jose is undisputedly the top professional in the field of Obstetrics and Gynaecology.

She is currently the Head of Robotics in Gynecologic Surgery and the President of the Philippine Society for Gynecologic Surgery.
Dr. Jose earned the distinction of being the First Filipino Doctor to make it to the Surgeons locator list of Intuitive Surgical Inc., the maker of Da Vinci Surgical System. Being on the list bestows Dr. Jose the honor of being one of the robotic surgeons all over the world recognized by Intuitive Surgical Inc. for their proficiency in robotics surgery.

In ASEAN, Dr Jennifer Jose is the only recognized surgeon who does Robotics Sacrocolpopexy surgery.
Dr. Jose has done the most number of robotics sacrocolpopexy cases in Asia. Currently her responsibilities are as follows:

Her past accomplishments are as follows:

Her Academic accolades are as follows:

Having such an accomplished resume is one of the chief reasons as to why Dr Jennifer Jose is so well-regarded in the Philippines. Her current clientele includes celebrities and politicians alike. Despite this, Dr Jennifer Jose continues to be a pioneer, establishing herself as the foremost authority in Vulvo-Vaginal Surgery and Vaginal Rejuvenation in not only the Philippines but the surrounding region as well. There is no one better for a woman to entrust themselves to than Dr Jennifer Marie.B Jose. 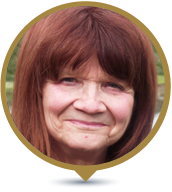 I am a 76-year old female from Oregon in the United States. I chose to do the FAMI Facial Rejuvenation via Fat Graft after reading about its numerous benefits on the Internet. What attracted me to the procedure was the fact that it was non-surgical
END_OF_DOCUMENT_TOKEN_TO_BE_REPLACED

I noticed that the skin on my face was beginning to sag. There were depressions on my temples that gave me a bony, aged look. There are fillers that we surgeons use to add volume to the face and lift it up – but when I heard that Dr. Callanta
END_OF_DOCUMENT_TOKEN_TO_BE_REPLACED 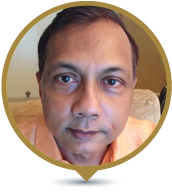 As a CEO of a firm in the Oil & Gas industry, my job requires me to constantly travel and meet with dignitaries and other prominent people from various countries. Looking youthful empowers me with the confidence and energy to interact and deal END_OF_DOCUMENT_TOKEN_TO_BE_REPLACED